Abstract: Transparent ceramics are at the heart of modern magneto-optical materials providing promising opportunities for Faraday isolators. 1.0 at% RE:Tb3Ga5O12 (rare earth (RE) = Pr, Tm, Dy) transparent ceramics were successfully prepared by air sintering and sequential HIP technique using
the coprecipitated powders as the raw material. All the powders have shown to be a pure cubic terbium gallium garnet (TGG) phase and exhibit good dispersion. Additionally, a change could not be observed in particle shape with the different doped ions. After the two-step sintering, all the obtained
ceramics have good optical quality, and the in-line transmittances at 1070 nm are higher than 80%. Moreover, no secondary phase can be detected from the microstructures. However, the pores which remain entrapped in the ceramics can be noted. The Verdet constant of ceramic samples is optimized
by RE doping, and the Verdet constant at 632.8 nm is about –143 rad·T–1·m–1, which is about 5% higher than that of TGG ceramics. Finally, the thermo-optical properties of 1.0 at% RE:TGG transparent ceramics are compared. The annealed TGG ceramic showed the best thermo-optical properties, and the thermally induced depolarization of 1.0 at% Ce:TGG and 1.0 at% Tm:TGG was inferior to that of annealed TGG ceramic.

Optical isolator based on the non-reciprocal Faraday effect is employed widely in laser systems to polarization control [1], isolate [2], and organize the scheme with birefringence compensation [3,4]. The devices can not only allow one-way light transmission, acting as a check valve, but also protect the rest of the system from the back-light [5–7]. Magneto-optical materials as the key material of optical isolator own excellent optical quality [8], high Verdet constant [9], good size scalability [10], superior thermal conductivity [11], and high damage threshold [12]. These characterizations are significant when the material is taken into consideration for the application in high-power laser system. Terbium gallium garnet (Tb3Ga5O12, TGG) single crystals with high transparency in the visible and near infrared regions are employed and they are characterized by high Verdet constant and good thermal conductivity [13–15]. Despite its advantages, the presence of inevitable vaporization of Ga2O3 during the growth process may not always be desired as it leads to the formation of color centers, dislocations, or inclusions, thereby degrading the material performance and limiting the crystal size [16,17]. Compared to the corresponding single crystals, TGG transparent ceramics have been fabricated with outstanding optical quality and excellent magneto-optical performances [18–20]. More importantly, they not only maintain excellent optical quality, but also present superior size scalability, allowing an attractive choice for high-power lasers [21–24].

The fast growth of the power in the laser system often results in a large thermal load in magneto-optical element of optical isolators [25,26]. Faraday rotator being the core component of an optical isolator device could play a vital role to miniaturize the overall size of a device in addition to operating at cooling environment [27–30]. Paramagnetic rare earth (RE) ions, mainly Ce3+ [31], Pr3+ [32], and Nd3+ [33] doped TGG crystals have received considerable attention due to their higher Verdet constant than TGG crystals that leads to achieving miniaturization. This is mainly due to the quantum interaction between paramagnetic RE ions and Tb3+ ions [34], and the introduction of doping ions changes the crystal field of the matrix material, thus leading to a stronger Faraday effect [35]. It has been demonstrated that Ce3+ doping can increase the Verdet constant of TGG transparent ceramics [36]. As is known, Pr3+, Dy3+, and Tm3+ also have a large effective magnetic moment, and therefore they are considered as magnetically active ions which can optimize the magneto-optical characteristics of the TGG ceramics. However, as far as we know, the influence of the above RE ions on the optical quality and magneto-optical properties of TGG transparent ceramics, especially the thermo-optical properties, which is significant to the development of new magneto-optical materials, has not been studied yet.

In this work, 1.0 at% RE:TGG (RE = Pr, Tm, Dy) transparent ceramics toward magneto-optical applications were successfully fabricated by a two-step sintering method from high quality nanopowders synthesized by a co-precipitation method. The phase composition and morphology of the calcined powders were studied, and optical quality and microstructure of the corresponding ceramics were systematically investigated. Meanwhile, the influence of RE ions doping on Verdet constant was evaluated. Finally, the thermo-optical properties of 1.0 at% RE:TGG transparent ceramics were compared.

In the present work, 1.0 at% RE:TGG ceramics were fabricated using the co-precipitated powders as starting material. Detailed experimental procedures for the synthesis of 1.0 at% RE:TGG precursors were presented in our previous work [36]. In a nutshell, the terbium, gallium, and doping ion sources for the 1.0 at% RE:TGG syntheses were all nitrates. Namely, Tb(NO3)3 (99.99%, Yuelong New Materials Co., Ltd., Shanghai, China),Ga(NO3)3 (99.995%, Jining Zhongkai New Materials Co., Ltd., Jining, China), and RE(NO3) were used. The aqueous solutions containing Tb, Ga, and RE nitrates (molar ratio 4.95:3:0.05) were prepared at 0.48 M. The NH4HCO3 solution with the concentration of 1.5 M was
used as the precipitant and (NH4)2SO4 solution as dispersant was added into the precipitant. The precipitant reaction was carried out by the reverse-strike method at the dripping rate of 20 mL/min at room temperature. After aging, in all the cases, the precipitates were washed by centrifugation for several times, first in deionized water and then in absolute ethanol. Finally, the precipitates were dried in an oven at 70 ℃, which were subsequently calcined at 1150 ℃ for 4 h to obtain the 1.0 at% RE:TGG nanopowders. Then the powders were ball-milled in ethanol and 500 ppm GeO2 was added as sintering additive. Further, the powders were uniaxially dry-pressed into pellets at 40 MPa followed by cold isostatically pressing at 250 MPa. The green bodies were sintered at 1500 ℃ for 3 h in air and successively HIP-ed at 1500 ℃ for 3 h under 150 MPa in Ar atmosphere. Finally, all the doped TGG ceramics were annealed at 1100 ℃ for 5 h. The final 1.0 at% RE:TGG ceramics were mirror-polished on both surfaces to the thickness of 1.5 mm for subsequent characterization.

The powder X-ray diffraction sequence (XRD, D8 Advance, Bruker AXS GMBH, Germany) was recorded for the synthesized RE:TGG nanopowders to analyze the crystallinity and phase compositions in the range of 10°–80° with Cu Kα radiation. The morphology of powders and the microstructure of the thermally-etched surfaces of the 1.0 at% RE:TGG ceramics were submitted to the field emission scanning electron microscopy (FESEM, S-8220, Hitachi, Japan). The average grain size was determined by image analysis from FESEM using the linear intercept method. The specific surface area of the powders was investigated by the nitrogen adsorption method (BET, ASAP 2010, Micrometritics, USA). The in-line transmission spectra of 1.0 at% RE:TGG ceramics were measured in the range of 300–1800 nm using the UV–VIS–NIR spectrophotometer (Cary-5000, Varian, USA). The Verdet constant of 1.0 at% RE:TGG ceramics was measured by using the He–Ne laser with the wavelength of 632.8 nm as source of probe radiation. The applied magnetic field is 1.25 T and the thickness of the samples is 1.5 mm. The test was conducted at room temperature (~25 ℃).

The phase composition of TGG powders doped with different RE ions after calcination was characterized by XRD. The results are shown in Fig. 1(a). The diffraction peaks of all the calcined powders correspond to the TGG standard cards (JCPDS 85-0575), indicating that the calcined powders are pure TGG phase. In addition, the large number of RE3+ ions cause distortions in the crystalline structure even if no secondary phases were observed. Figure 1(b) shows the expanded view of the strongest peak in the XRD spectra of 1.0 at% RE:TGG powders compared with the undoped TGG reported in Ref. [18]. It can be seen the shift in diffraction peaks of all the calcined powders slightly toward lower angle after being doped with RE ions. The reason for this shift is the case that the ionic radii of the three RE ions are larger than that of Tb3+ (92 pm). The ionic radii of Pr3+, Tm3+, and Dy3+ are 114, 99, and 103 pm, respectively, and the shift angle changes with the increasing ionic radii of the doping ions. Figure 2 shows the morphologies of the TGG powders doped with different RE ions. It can be seen that the TGG powders doped with different RE ions have good dispersion and uniform particle size. All powders are composed of peanut-like particles with good crystallinity. The specific surface areas of Pr:TGG, Tm:TGG, and Dy:TGG powders are 4.25, 4.47, and 4.34 m2/g, respectively. The corresponding average particle sizes are 196.7, 187.0, and 192.6 nm, respectively. The results show that the doped ions have no significant effect on the particle size and dispersion state of 1.0 at% RE:TGG powders. Figure 4 shows the FESEM morphologies of HIP-treated TGG ceramics doped with different RE ions after thermal etching at 1100 ℃ for 1 h in air. The microstructures of the ceramics are quite uniform without abnormal grain growth regardless of doping ions, and no secondary phase is observed at the grain boundaries. The average grain sizes of Pr:TGG, Tm:TGG, and Dy:TGG ceramics are 1.69, 1.73, and 1.77 μm, respectively. All the 1.0 at% RE:TGG ceramics have relatively dense microstructures, and there are only a few nano-pores in the samples, which is the reason for the decline of the in-line transmittance in the visible wavelength region. It is also noted that there are a lot of scratches on the ceramic surface caused by polishing, which will cause optical scattering on the ceramic surface and affect the optical quality of 1.0 at% RE:TGG ceramics. The optical quality of the RE:TGG ceramics can be further improved by optimizing the fabrication process, for instance, to optimize the dispersity and morphology of the raw powders, to optimize the amount of the sintering aid, or to optimize the HIP post-treatment schedules, etc.

Thermally induced depolarization measurement was carried out by the experimental setup shown in Fig. 5. A 1.5 kW Yb:fiber laser manufactured by IPG Photonics operating at a wavelength of 1070 nm with a Gaussian beam profile was employed as the source. Its radiation was used for both heating the studied sample and reading the thermally induced birefringence, which led to the polarization distortions of radiation. Distribution of polarization distortions was registered by CCD camera 6. Calcite wedge polarizer 1 ensured linearity of the polarization and high contrast better than 2 × 10−6 throughout the power range. Fused silica wedges 4 were used to attenuate radiation. Glan prism 5 was adjusted to the minimum power Pd of the laser signal. By rotating the Glan prism by an angle of 90°, we measured the power of the laser signal Plaser in the main polarization. The integral thermally induced depolarization γ = Pd/Plaser was calculated by the ratio of the power in two positions of Glan prism.

For optical ceramics, thermal depolarization can be expressed as [21,37]

where ξ is the optical anisotropy parameter, A is the beam shape parameter (A = 0.137 for the Gaussian beam [38]), and p is the normalized power given by the following equation [39]： In conclusion, starting from nanopowders obtained by the co-precipitate method, transparent 1.0 at% RE:TGG (Pr, Tm, Dy) magneto-optical ceramics with near full density were prepared using a two-step sintering procedure based on the low-temperature sintering process to suppress grain growth without affecting densification. The synthesized 1.0 at% RE:TGG powders were pure phase with similar morphology and good dispersion. All the doped ceramics fabricated by presintering at 1500 ℃ for 3 h in air and HIP post-treating at 1500 ℃ for 3 h showed excellent optical quality, where the in-line transmittance at 1070 nm was higher than 80%. The Verdet constant at 632.8 nm of the doped ceramics was measured to be about –143 rad·T–1·m–1, 5% higher than that of the TGG ceramics, which was beneficial to reduce the size of magneto-optical elements. More importantly, based on the Tm:TGG ceramic, it was possible to create a Faraday isolator for radiation with a power of ~0.65 kW. The annealed TGG ceramic had the best thermo-optical properties with the possibility to create a Faraday isolator for radiation with a power of ~0.8 kW. 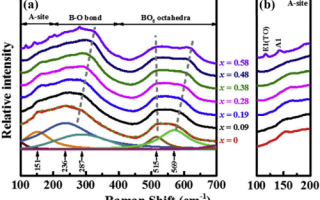 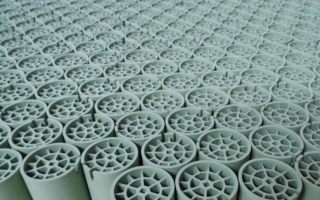 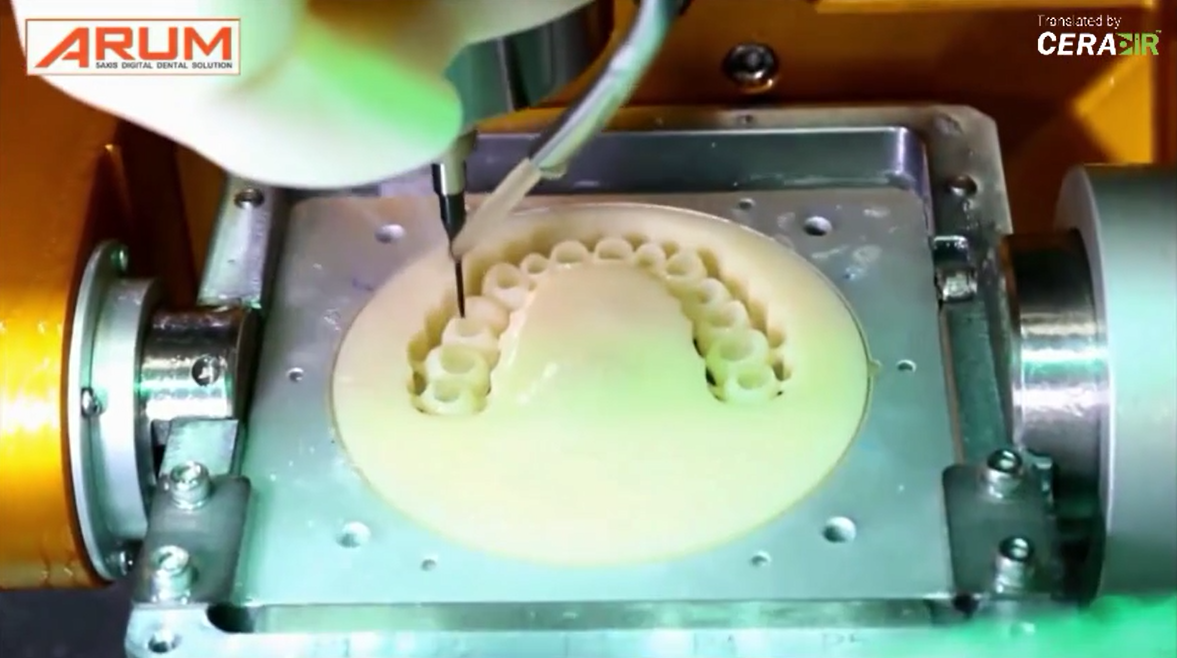 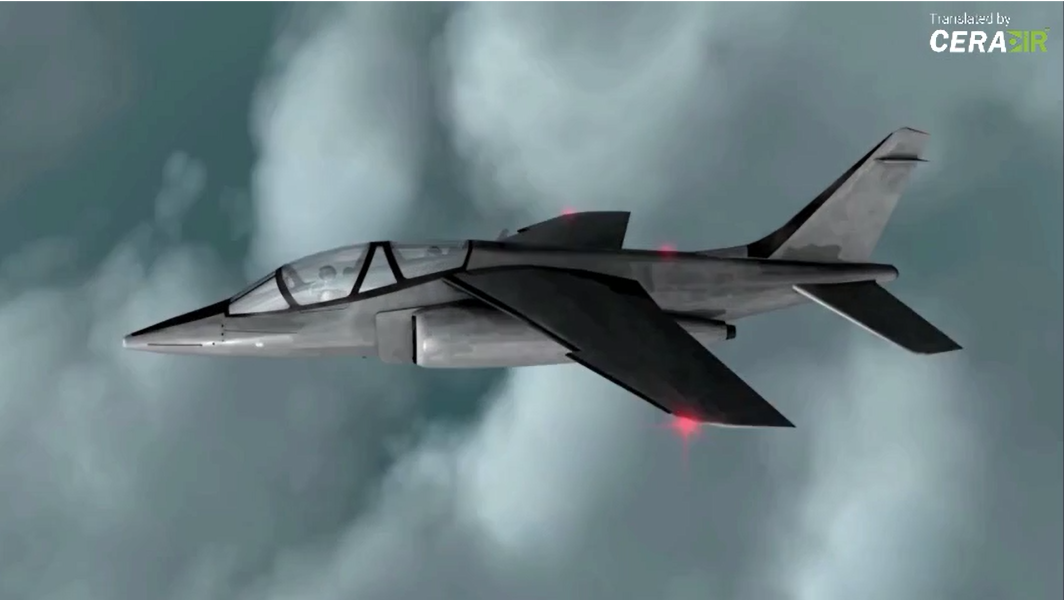