Abstract: A high-entropy silicide (HES), (Ti0.2Zr0.2Nb0.2Mo0.2W0.2)Si2 with close-packed hexagonal structure is successfully manufactured through reactive spark plasma sintering at 1300 ℃ for 15 min. The elements in this HES are uniformly distributed in the specimen based on the energy dispersive spectrometer analysis except a small amount of zirconium that is combined with oxygen as impurity particles. The Young’s modulus, Poisson’s ratio, and Vickers hardness of the obtained
(Ti0.2Zr0.2Nb0.2Mo0.2W0.2)Si2 are also measured.
Keywords: high-entropy ceramics; high-entropy silicide; spark plasma sintering; silicide

1 Introduction
As a large class of materials, metal silicides have been widely studied aiming for applications as high-temperature oxidation resistant coatings, integrated circuit electrode films and other functional materials because of their excellent high-temperature oxidation resistance and electrical and thermal conductivity. Among these silicides, probably the most known one is molybdenum disilicide (MoSi2), which has been widely used as resistive heating elements up to 1800 ℃ in air and manufactured in an industry scale for decades [1–4]. Through alloying, MoSi2-based composites become very promising for structural components used at high temperatures. It was found that by adding alloying elements into MoSi2, the room temperature toughness was improved and pest phenomena reduced [5]. Zhang et al. [6] later reported that the formation of Mo(Si,Al)2 through adding aluminium significantly improved the mechanical properties of MoSi2. Alman and Govier [7] manufactured a Mo(Si,Al)2 alloy through hot-pressing, showing reduced or even eliminated pest phenomenon. MoSi2 can be reinforced by secondary ceramic particles, whiskers or fibers, in order to improve its high temperature creep resistance and room temperature toughness. The reported successful examples include: Mo(Si1−xAlx)2 reinforced by SiC particles manufactured through reactive sintering [8], MoSi2-based composites with TiB2, ZrB2, HfB2, and SiC as secondary particles through external mixing process [9].

So far, most research in this field focuses on metallic alloys. In recent years, however, attention has been attracted to high-entropy ceramics (HECs). The as-manufactured HECs have demonstrated low thermal conductivity [16], excellent oxidation resistance [17], good corrosion resistance [18], resistance to extreme heat, etc., strongly depended on the composition and structure of a HEC [19,20]. It has been proposed that significant lattice distortion would exist in HECs owing to the intrinsic atomic disorder of metal elements [21,22].

However, there is no open literature on the study of high-entropy silicides. In this article, we report a highentropy silicide ceramic (HES) prepared via reactive spark plasma sintering (R-SPS), and its mechanical properties were characterized in a preliminary fashion.

Each element of Ti, Zr, Nb, Mo, and W can react with Si at room temperature or above with high heat released according to thermodynamic calculation. The elements of titanium (Zr, 99.6%, 45 μm), zirconium (Zr, 99.7%, 45 μm), niobium (Nb, 99.95%, 45 μm), molybdenum (Mo, 99.6%, 45 μm), tungsten (W, 99.6%, 0.8 μm) and silicon (Si, 99.6%, 45 μm) were used as starting powders. The mixture of these powders with a composition ratio of 0.2 mole fraction in each mole of disilicide for the ended HES were mixed in a planetary ball mill for 12 hours using Si3N4 balls and ethanol as the mixing media. The as-prepared powder mixtures were loaded into graphite dies, then SPS was performed in a furnace (FCT, KCE®-FCT H-HP D 250, Germany) at different temperatures ranging from 900 to 1300 ℃ for 5 min under a pressure of 30 MPa. For obtaining denser HES, SPS with a dwelling time of 10 and 15 min at 1300 ℃ was also tried. The heating rate for all samples was set as 100 ℃/min, and cooling after sintering was complete in a natural manner without control after shutting down the heating power.

The phase composition of the as-sintered sample was characterized by XRD using Cu Kα radiation. The microstructures and element distributions in the obtained specimens were characterized with field emission scanning electron microscope (FE-SEM, Hitachi S-4800) attached with energy dispersive spectroscopy (EDS) probe. The residual oxygen content in the high-entropy silicide was tested by an oxygen/nitrogen analyzer (TC600C, Leco, USA).

The density of the as-sintered samples was measured by using the Archimedes method. Theoretical density of the HES was calculated based on the crystal structure and lattice parameters measured from XRD of the sample SPSed at 1300 ℃ for 15 min. Young’s modulus was evaluated by advanced ultrasonic material characterization system (UMS-100, France). Vickers hardness (Hv) was measured on as-polished surface under a load of 1 kg with a dwell time of 5 s, at least 10 measurements were conducted to get the average values.

3 Results and discussion
Figure 1 shows the XRD patterns of the samples SPSed at 900, 1100 and 1300 ℃ for 5 min and 1300 ℃ for 15 min. At temperature as low as 900 ℃, (Mo,W)Si2 solid solution and ZrSi started to form, but elemental Si, Ti, Nb, and W were detectable. This fact evidences that the formation of HES is not a one-step process. With the sintering temperature increased to 1100 ℃, diffraction peaks of NbSi2, ZrSi2, and TiSi2 appear while diffraction peaks of Si become weakened. After SPSed at 1300 ℃ for 5 min, single phase HES with hexagonal closest packed structure was formed. Accordingly, we can conclude that during the SPS process mono-silicides and disilicides were the intermediate phases formed at low temperatures and the HES was formed at higher temperatures from these intermediate phases via a solid solution process. With the holding time extended from 5 to 15 min, the sample still maintained a single HES phase. The density of the specimen SPSed at 900 ℃ is only 2.80 g/cm³. When the sintering temperature reaches 1100 ℃, the density increased to 5.23 g/cm³. The densities of the samples with single-phase HES SPSed at 1300 ℃ with a holding time 5 and 15 min are 6.09 and 6.22 g/cm³, respectively. It indicates that a densification process occurred during the later part of SPS after the single-phase HES was formed. Therefore, we chose the samples sintered at 1300 ℃ for 15 min for further characterization, and the results are shown below. The lattice parameters of this HES phase is 4.653 Å for a and 6.511 Å for c, which is close to those for β-MoSi2, as shown in Table 1. We use these lattice parameters to estimate the theoretical density of the as-formed HES, giving a density of 6.28 g/cm³. Hence, a relative density of the as-sintered HES sample is ~99%. It is noteworthy that the β phase of MoSi2, is stable only at high temperatures over 1900 ℃ [25], and the fact that similar phase appeared in a much lower synthesized temperature may be attributed to the formation of high-entropy phase, providing an extra thermodynamic stability at lower temperatures.

The SEM images of the polished surface of the (Ti0.2Zr0.2Nb0.2Mo0.2W0.2)Si2 HES and the corresponding EDS mapping of Ti, Zr, Nb, Mo, W, and Si elements are shown in Fig. 2. It shows that the HES is dense without visible pores. Some impurity particles are noted, as arrowed in Fig. 2. The distributions of these metal elements except Zr are homogeneous at this resolution. The arrowed particles show Zr enriched. EDS map of oxygen was also acquired, showing that oxygen enrichment appeared in Zr-enriched regions. The measured oxygen content of the specimen is 1.50 wt%. As per this fact, we assume that zirconium might have acted as getter of impurity oxygen in this system, as oxygen contamination exists unavoidably in the starting metal powders or during the processing. The Young’s modulus and Poisson’s ratio of the as-manufactured HES ceramic are 352 GPa and 0.32 respectively, and the measured Vickers hardness (Hv) is 12.09 GPa. The hardness seems to be in the range between upper and lower bound of reported values of the disilicides by different researchers [4,26–30]. For example, the Vickers hardness of MoSi2 [27], NbSi2 [28], WSi2 [29], and TiSi2 [30] are 10.5, 8.76, 13.75, and 8–10 GPa, respectively. For some metal-silicon binary systems such as Zr-Si, there exist several silicides with different elemental ratios of Zr to Si, and it is difficult to prepare a mono-phase material [31], making it difficult to evaluate properties of these phases. As discussed in very recent publications [20,21,32], the hardness of HECs is higher than the corresponding mono-compositional ceramics, i.e., the mixture rule fails to apply. It is premature, however, for us to make similar conclusion. Mechanisms responsible for hardness enhancement in high-entropy materials can be dictated by electronic valency inside the phase, solid solution strengthening, and Hall-Petch effect related to grain size at microstructure level. For HES, more comprehensive characterization is needed to confirm if hardening exists and what the possible mechanism is responsible for any hardening. Other properties of the obtained (Ti0.2Zr0.2Nb0.2Mo0.2W0.2)Si2 HES such as oxidation resistance, as well as other high-entropy silicides with different metal elemental compositions are under investigation. 4 Conclusions
In this work, a high-entropy silicide (HES), (Ti0.2Zr0.2Nb0.2Mo0.2W0.2)Si2 was successfully synthesized by spark plasma sintering from element raw materials. The crystal structure identified by XRD is hexagonal closest packed. The elements except Zr are uniformly distributed in the HES based on the EDS analysis. A small amount of zirconium and oxygen enriched
regions were detected as impurity due to the oxygen contamination in the raw materials and during the processing. For an as-manufactured HES with a relative density of 99%, its Young’s modulus, Poisson’s ratio, and Vickers hardness are 352 GPa,
0.32, and 12.09 GPa, respectively.

Acknowledgements
Financial support from the National Natural Science Foundation of China (Nos. 51532009 and 51872045), and the Science and Technology Commission of Shanghai Municipality (No. 18ZR1401400) are gratefully acknowledged.

Open Access This article is licensed under a Creative Commons Attribution 4.0 International License, which permits use, sharing, adaptation, distribution and reproduction in any medium or format, as long as you give appropriate credit to the original author(s) and the source, provide a link to the Creative Commons licence, and indicate if changes were made. The images or other third party material in this article are included in the article’s Creative Commons licence, unless indicated otherwise in a credit line to the material. If material is not included in the article’s Creative Commons licence and your intended use is not permitted by statutory regulation or exceeds the permitted use, you will need to obtain permission directly from the copyright holder. To view a copy of this licence, visit http://creativecommons.
org/licenses/by/4.0/ 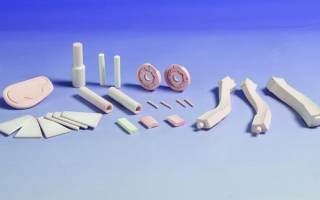 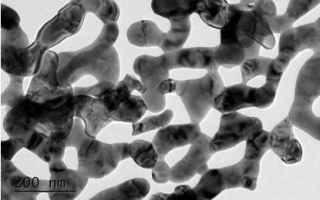 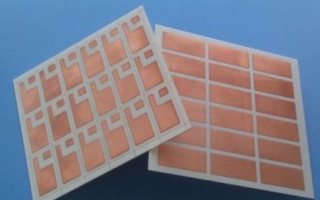