Abstract: Hierarchical WO3 nanomesh, assembled from single-crystalline WO3 nanowires, is prepared via a hydrothermal method using thiourea (Tu) as the morphology-controlling agent. Formation of the hierarchical architecture comprising of WO3 nanowires takes place via Ostwald ripening mechanism with the growth orientation. The sensor based on WO3 nanomesh has good electrical conductivity and is therefore suitable as NO2 sensing material. The WO3 nanomesh sensor exhibited high response, short response and recovery time, and excellent selectivity towards ppb-level NO2 at low temperature of 160 ℃. The superior gas performance of the sensor was attributed to the high-purity hexagonal WO3 with high specific surface area, which gives rise to enhanced surface adsorption sites for gas adsorption. The electron depletion theory was used for explaining the NO2-sensing mechanism by the gas adsorption/desorption and charge transfer happened on the surface of WO3 nanomesh.

NO2, as one of the most toxic and harmful gases in the atmosphere, is the precursor of acid rain and photo-chemical smog. It is generated by the fuel burning and has caused a seriously harmful effect to the living environment [1,2]. Thus, the development of NO2 gas sensors with high sensitivity and low detect limitation is urgently necessary. At present, metal oxide semiconductors with various nanostructures, such as SnO2 [3–5], ZnO [6,7], WO3 [8,9], and TiO2 [10], have been well investigated to detect NO2 owing to their low cost, simple operation, and nontoxic nature. Among them, tungsten oxide, a n-type semiconductor with wide bandgap (2.6–3.2 eV), has been considered as a promising sensing material for the detection of NO2 because of its low cost, high sensitivity, and good repeatability [11–13]. However, the operating temperature of WO3 gas sensors is usually above 200 ℃ due to the poor electrical conductivity of some WO3 nanostructures [14–16]. For example, WO3 nanoparticles synthesized by spark ablation
were required to detect NO2 gas at a high operating temperature of 200 ℃ due to their high electrical resistance [15]. Triple-shelled WO3 spheres synthesized by ultrasonic spray pyrolysis showed a large resistance (>1 GΩ) when exposed to NO2 gas at low operating temperature [16]. A general strategy to solve this problem is surface functionalization with noble metals (Au, Ag, and Pt) [8,17–20]. Gao’s group reported Ag-loaded mesoporous WO3 showed excellent response to NO2 at 75 ℃ [17]. Recently, Zhao et al. [8] reported Au@WO3 core–shell nanospheres showed an improvement in NO2 sensing performance in terms of sensitivity, response/recovery rate, and detection limit at 100 ℃. However, the method is not always effective, because the noble metal particles tend to catalytic poisoning and noble metal modification increases the fabricating cost [21]. Another way to achieve this is to increase their surface-to-volume ratio by preparing hierarchical nanostructures. Hierarchical WO3 nanostructures can increase the active adsorption sites for NO2 molecules and these thin structural units can provide efficient electron transport pathways [22]. Many techniques have been used to synthesize WO3 in various forms and investigate the effect of morphology on their gas-sensing performance. Various morphologies of WO3, such as nanofibers, nanoflowers, and nanoplates, have been prepared by a variety of methods including electrospinning, thermal evaporation, and hydrothermal and plasma spraying [23–27]. Compared to other synthetic techniques, hydrothermal method is more advantageous due to low-temperature synthesis and ease of mass production [28–32].

In this work, hierarchical tungsten trioxide nanomesh assembled by single-crystalline nanowires was fabricated via a facile hydrothermal method using thiourea (Tu) as the morphology-directing agent. Hexagonal WO3 nanomesh has good electrical conductivity owing to the assembled nanowires promoting electron transport. The as-prepared WO3 nanomesh exhibited high sensibility, short response and recovery time, and good sensing selectivity to NO2 at a relatively low working temperature of 160 ℃. Such excellent performance can be attributed to the highly exposed surface area, which propels the interaction between NO2 gas and sensing element. The sensing mechanism is explained in terms of the gas adsorption/desorption and electron transport between gas molecules and WO3 nanomesh.

2. 2 Synthesis of WO3 nanomesh

In a typical procedure, 1.25 g tungstic acid was dissolved in 25 mL hydrogen peroxide solution heated in water bath at 90 ℃ with magnetic stirring. After stirring for 1 h and 20 min, the above solution was diluted to 60 mL with deionized water, then taking 42 mL of diluted solution and adding 168 mL deionized water and 14 mL HCl (3 mol/L) into above diluted solution. Next, Tu with different weight was added to above solution to achieve different concentration (0, 0.05, 0.1, and 0.2 M),followed by magnetic stirring for 20 min forming a suspension solution. Next, 30 mL of above solution was taken to 50 mL teflon-lined stainless steel autoclave. After heating in an electric oven at 180 ℃ for 12 h, the autoclave was naturally cooled down. The product was obtained by filtration, washed with enough deionized water and absolute ethanol, and dried under vacuum at 60 ℃ overnight. The as-prepared product was subsequently annealed in air at 300 ℃ for 2 h to improve the crystallinity.

2. 4 Fabrication and measurement of gas sensors

The annealed powder sample was placed in an agate mortar and thoroughly ground after adding an appropriate amount of ethanol. The obtained sensing slurry was deposited on the cleaned Au interdigital electrodes by a thin brush. Then, the electrodes with sensing film were dried at 70 ℃ in air for 12 h. The gas-sensing properties of the electrodes were measured in a computer-controlled gas-sensing testing system consisting of mass flow controllers (MFC, Beijing Qixing Co., Ltd., China), a test chamber with a heating plate, and a data-acquisition system. The electrical resistances of the sensors were recorded by a digital multimeter (Agilent 34465A), and the upper limit of the digital multimeter is 1.2 GΩ. The test NO2 gas was mixed by 10 ppm NO2 (Beijing AP BAIF Gases Industry Co., Ltd., China) and background gas. The flow rates of 10 ppm NO2 and background gas were controlled using mass flow controllers. The total gas flow rate was fixed at 200 mL/min. The desired gas concentration is determined by the multiple of the NO2 gas diluted by background gas. The sensor response was defined as Rg/Ra for oxidizing gas or Ra/Rg for reducing gas, where Rg and Ra are the resistances of the sensor in targeted gas and in air, respectively. The response and recovery time were defined as the time taken by the sensor to achieve 90% of the total resistance change. Fig. 3 I–V characteristics of the sensors based on samples prepared in precursor with Tu concentration of 0.05, 0.1, and 0.2 M.

The high-magnification SEM and TEM images of the annealed sample synthesized in precursor with 0.2 M Tu are shown in Fig. 4. As shown in Figs. 4(a) and 4(b), the high-magnification SEM images show the sample consists of nanowires forming a nanomesh morphology. Figure 4(c) shows the TEM image of interlaced nanowires, whose diameters are tens of nanometers and lengths are over several micrometres. The corresponding selected area electron diffraction (SAED) pattern (the inset in Fig. 4(c)) exhibits the diffraction rings, corresponding to the (100), (002), and (111) planes of hexagonal WO3. Figure 4(d) shows that the fringe interval of 0.383 nm agrees well with the d-spacing of (002) lattice planes perpendicular to the long axis of the nanowire. Fig. 4 SEM and TEM images of the annealed sample synthesized in precursor with 0.2 M Tu.

The structural and electronic properties of the WO3 nanomesh were further characterized by Raman spectroscopy. As shown in Fig. 5(c), Raman peaks centered at about 262, 326, 708, and 802 cm-1 can be observed clearly, which can be assigned to the fundamental modes of hexagonal WO3 [37]. The sharp peaks locatedat about 262 and 326 cm-1 are assigned to the W–O–W bending mode; the evident peaks at about 708 and 802 cm-1 are attributed to the O–W–O stretching mode [38,39]. No peaks associated to impurities were observed indicating the high purity of the annealed WO3 nanomesh. First, the response curves of the WO3 nanomesh sensor at different temperatures were measured. For the temperatures less than 160 ℃, the resistances of the sensor in NO2 gas was too large to measure by the multimeter. Therefore, the operating temperature of 160 ℃ or higher temperature was used in the gas-sensing tests. The electron depletion theory is well known to explain gas-sensing mechanisms by charge transfer between gas molecules and sensing materials [36,45]. Figure 9 shows the schematic diagram of NO2-sensing mechanism for WO3 nanomesh sensor. In air, oxygen molecules are adsorbed on the surface of WO3 nanomesh forming the adsorbed oxygen at low temperature (< 200 ℃) as described in the following reaction:

Thus, an electron depletion layer is formed by reducing the free charge carrier consequently increasing the resistance of the sensor. When WO3 nanomesh is exposed to oxidizing gas of NO2, NO2 molecule can easily capture electron from the surface of sensing material forming NO2− as described in the following reaction:

Thus, a wider electron depletion layer is formed when NO2 is introduced and the resistance of the WO3 nanomesh increases. The WO3 nanomesh composed of WO3 nanowires can provide a higher specific surface area than conventional bulk materials, thereby providing more surface active sites for gas adsorption and improving NO2 sensing performance. Moreover, the high-purity single crystal nanowire assemblies promote rapid electron transfer and thus improve the gas sensing performance of WO3.

Fig. 9 Schematic diagram of gas-sensing mechanism for WO3 nanomesh sensor: (a) in air and (b) in air with NO2.

Hierarchical WO3 nanomesh assembled from single-crystalline WO3 nanowires was prepared via a hydrothermal method using Tu as a structure-directing agent and a morphology-controlling agent in the nucleation crystallization and assembly process. The interdigitated single crystal nanowires increase electron transfer so that the WO3 nanomesh has good conductivity and is suitable as a NO2-sensing material. The sensor based on WO3 nanomesh exhibits high response, fast response and recovery behavior, and excellent selectivity towards ppb-level NO2 at low temperature of 160 ℃. The excellent NO2-sensing performance may be primarily attributed to the large specific surface area of WO3 nanomesh and high purity nanowire assemblies improving gas absorption/desorption and electron transfer process. The prepared WO3 nanomesh material is a high-performance NO2 gas sensing material capable of working at low temperature, and therefore has a good application prospect. Our synthetic strategy towards hierarchical WO3 nanomesh with high gas sensitivity provides a way for developing high-performance gas sensor based on other wide-bandgap metal oxides. 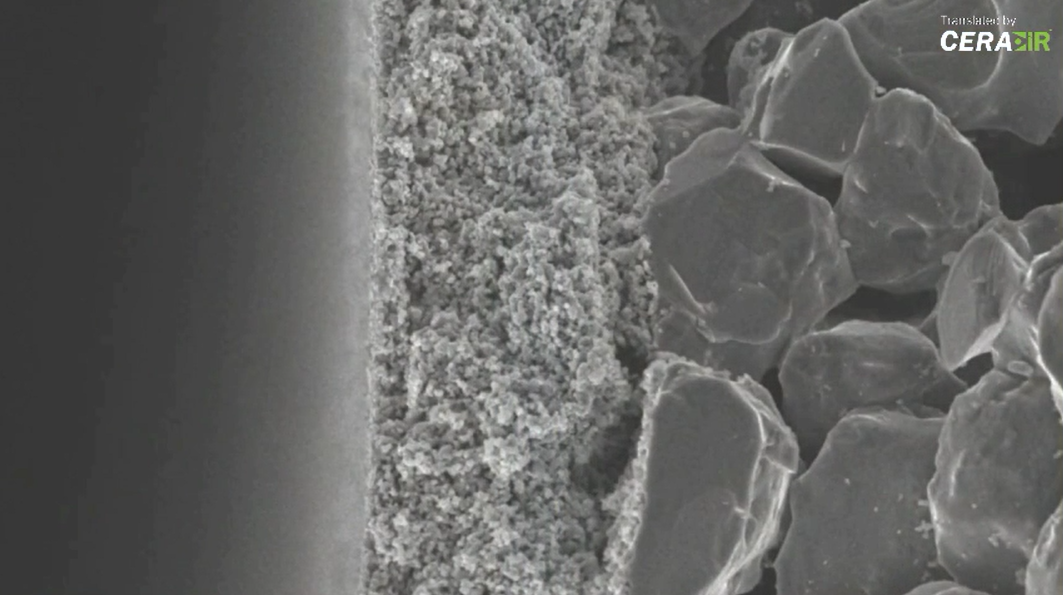 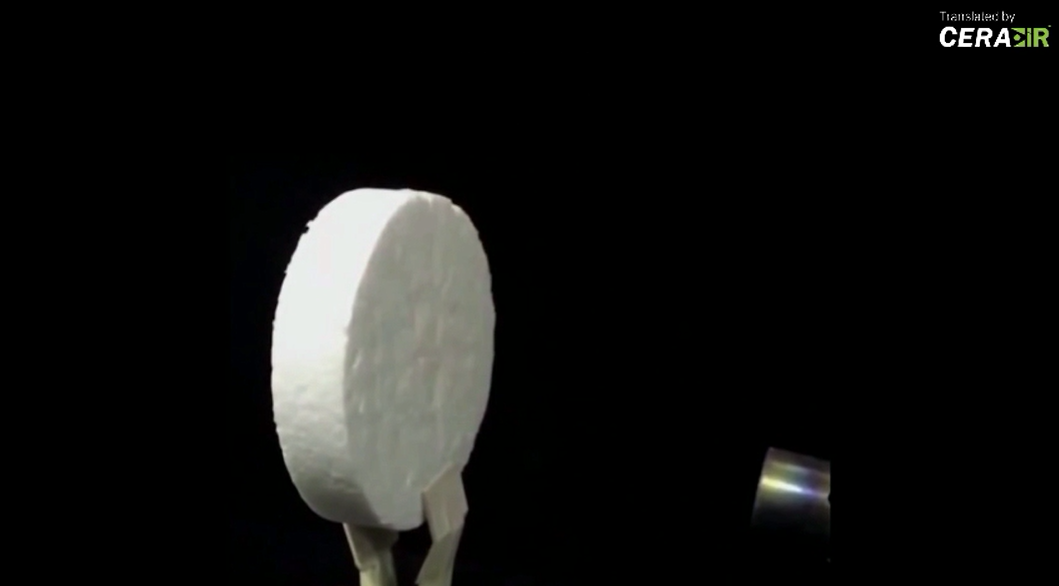