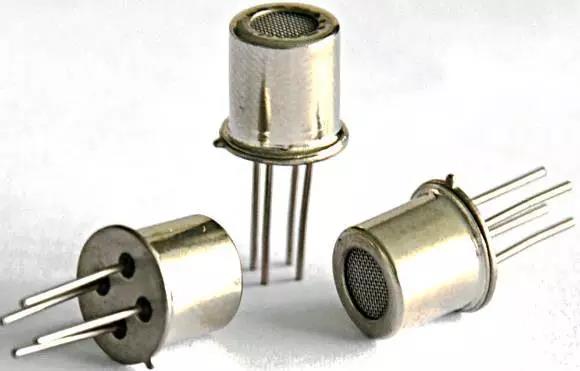 The iron oxide-based gas sensor is a body-controlled gas sensor, which is highly sensitive to city gas, liquefied petroleum gas, etc.It does not require precious metals as catalysts, and has good thermal stability at high temperatures. The iron oxide-based gas sensor successfully developed and commercialized in 1978 is γ-Fe2O3. The suitable working temperature of γ-Fe2O3 gas sensor is 400~420℃. γ-Fe2O3 is an n-type metal oxide semiconductor with an inverse spinel structure. It is easy to generate Fe3O4 in the reducing gas, and Fe3O4 has an inverse spinel stone structure.

γ-Fe2O3 also has an inverse spinel structure, so it has physical properties similar to Fe2O3. When γ-Fe2O3 comes into contact with reducing gas, the amount of Fe3O4 produced varies with the gas concentration. γ-Fe2O3 is very sensitive to propane, but not to methane.

In 1981, the α-Fe2O3 gas sensor was successfully developed. α-Fe2O3 has high chemical stability, so it is generally insensitive to gas, but the α-Fe2O3 grains can be made into ultra-fine powder. Produce gas-sensing effect. For example, α-Fe2O3 prepared by wet treatment with sulfate ion-containing iron salt has very high gas-sensitivity. Research has found that there are residual sulfate ions in α-Fe2O3, resulting in the formation of α-Fe2O3 It is microcrystalline with low crystallinity and large surface area, so it has good gas sensitivity. It can also inhibit the grain growth and crystallinity of α-Fe2O3 by adding tetravalent metals Ti, Zr, Sn, etc., so that α- Fe2O3 has finer grains, an increased specific surface area, up to 125㎡/g, and an average particle size of 10nm. α-Fe2O3 is very sensitive to methane and even isobutane, but it is not sensitive to water vapor and ethanol. This is particularly suitable for families as a combustible gas alarm. It will not misreport due to the influence of water vapor and alcohol.