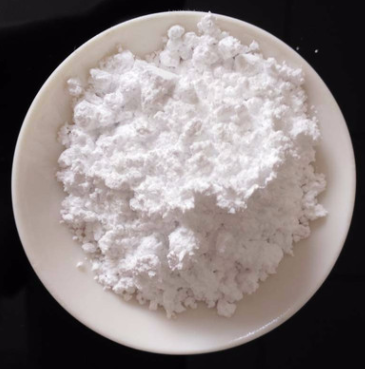 The firing temperature of BeO ceramics is relatively high, and appropriate additives need to be added to reduce the firing temperature, such as Al2O3, MgO and CaO etc. However, impurities have a great influence on the thermal conductivity and other properties of ceramics, so the content of BeO in the BeO ceramic composition should be above 95%.

BeO ceramics are manufactured using an activation sintering process, that is, beryllium hydroxide is pre-fired and decomposed to obtain active BeO. Presintering is at performed in a hydrogen atmosphere at 1000~1200°C. For different products, molding methods such as grouting and compression molding can be used. In order to improve the compactness of the green body and reduce the porosity, it is best to adopt isostatic pressing and hot pressing sintering.

During firing, in order to avoid the formation of eutectic between BeO and certain oxides and the volatilization of beryllium hydroxide formed by the action of water vapor, the green body should not be in direct contact with the lining material and flame. Generally, Al2O3 or MgO saggar can be used to seal and firing.

BeO is highly toxic, which is caused by dust and vapor, but the sintered BeO ceramic is non-toxic, and safety protection measures should be taken during production.

3. Performance and application of BeO ceramics

BeO ceramic has a thermal conductivity similar to that of metal, about 209.34W/ (m. K), which is 15-20 times that of α-AL2O3.Therefore, it can be used as a heat sink. BeO ceramics have good high-temperature electrical insulation properties, high dielectric constant, and slightly increase with the increase of temperature, the dielectric loss is small, and also slightly increases with the increase of temperature, so it can be used to produce high-temperature specific volume resistance Insulation material.

BeO ceramics can resist the corrosion of alkaline substances (except caustic alkalines). It can be used as a crucible for smelting rare metals and high-purity metals Be, Pt, V, etc., and can also be used as a cold wall material for magnetic fluid power generation channels.

BeO ceramics have good nuclear properties, strong ability to decelerate neutrons, and high penetrating power to α-rays, and can be used as neutron moderators and radiation protection materials for nuclear reactors.

BeO is widely used as bracket components and assembly parts in avionics technology conversion circuits and aircraft and satellite communication systems; it also has application prospects in spacecraft electronics. The use of BeO ceramics has particularly high thermal shock resistance, and can be used in the squib of jet aircraft. Metal-coated BeO sheets have been used in the control system of aircraft driving devices; Ford and Motors in general  have used metal-sprayed beryllium oxide linings in automobile ignition devices . BeO ceramics have good thermal conductivity and are easy to be miniaturized. They have broad application prospects in the laser field. For example, BeO lasers have higher efficiency and higher output power than quartz lasers.